Play at state of the art facility with identical courts used at the recently concluded Tokyo Olympics.

Badminton is a racquet sport played using racquets to hit a shuttlecock across a net. The most common forms of the game are “singles” (with one player per side) and “doubles” (with two players per side). Points are scored by striking the shuttlecock with the racquet and landing it within the opposing side’s half of the court.

The game developed in British India from the earlier game of battledore and shuttlecock. European play came to be dominated by Denmark but the game has become very popular in Asia, with recent competitions dominated by China. Since 1992, badminton has been a Summer Olympic sport. At high levels of play, the sport demands excellent fitness: players require aerobic stamina, agility, strength, speed, and precision. It is also a technical sport, requiring good motor coordination and the development of sophisticated racquet movement.

PlayPoint is offering the Taraflex Olympic quality courts from Gerflor, the worldwide leading brand of indoor sport floors, as the playing surface for the 8 badminton courts.  These courts offer world class playing experience with optimal performance and safety for the players. 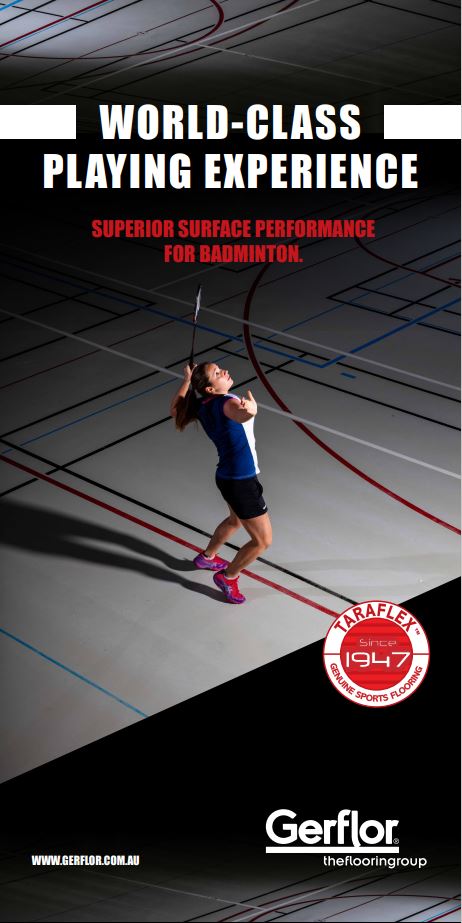 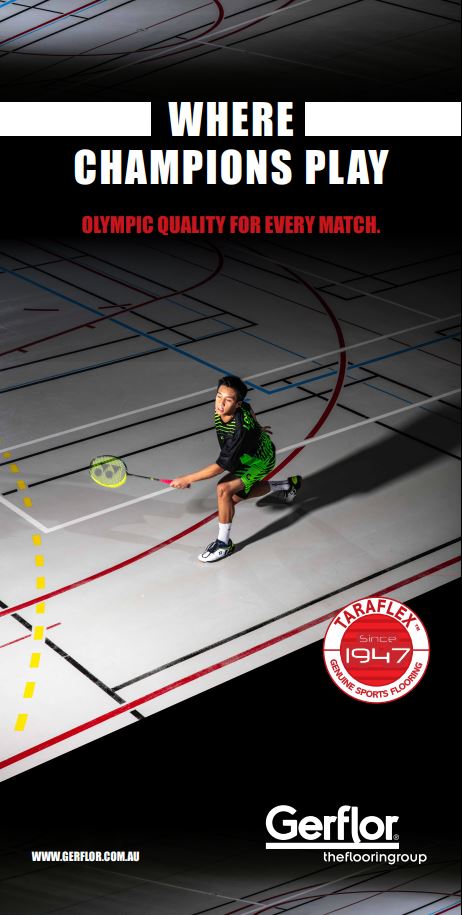 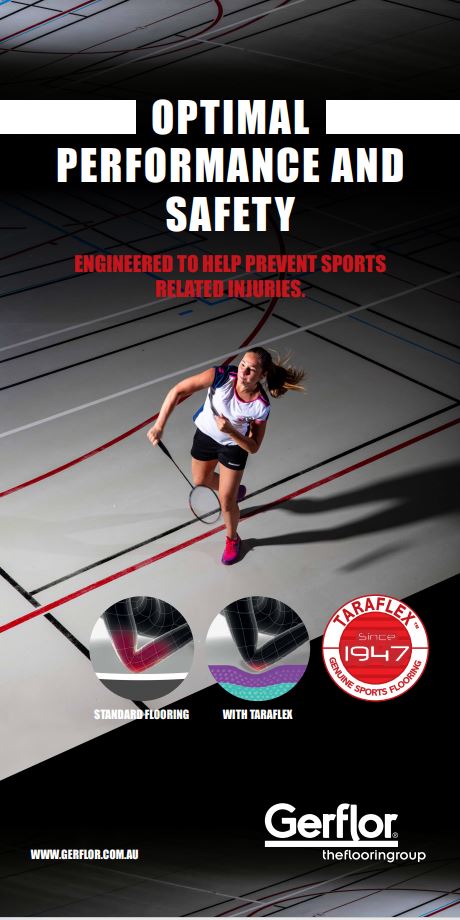 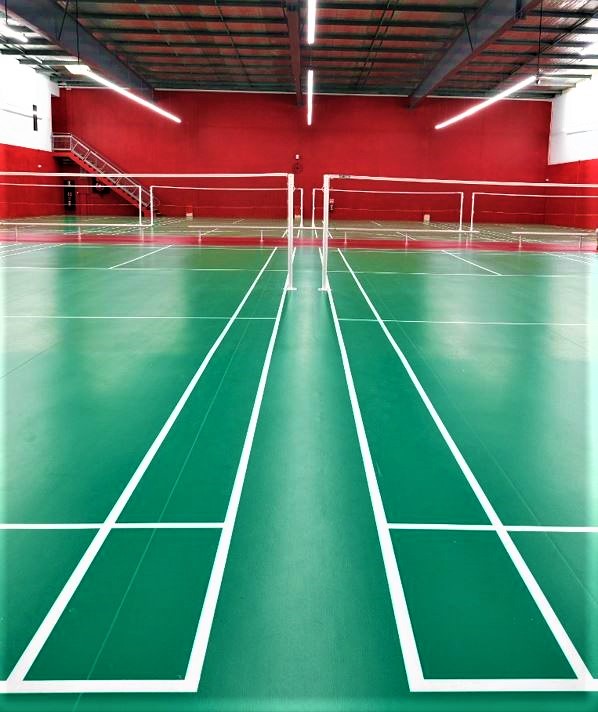 Interval and Change of Ends