Table tennis, also known as ping-pong and whiff-whaff, is a sport in which two or four players hit a lightweight ball.

The sport originated in Victorian England, where it was played among the upper class as an after-dinner parlour game. It has been suggested that makeshift versions of the game were developed by British military officers in India around the 1860s or 1870s, who brought it back with them. A row of books stood up along the center of the table as a net, two more books served as rackets and were used to continuously hit a golf-ball. The name “ping-pong” was in wide use before British manufacturer J. Jaques & Son Ltd trademarked it in 1901.

The name “ping-pong” then came to describe the game played using the rather expensive Jaques’s equipment, with other manufacturers calling it table tennis. A similar situation arose in the United States, where Jaques sold the rights to the “ping-pong” name to Parker Brothers. Parker Brothers then enforced its trademark for the term in the 1920s, making the various associations change their names to “table tennis” instead of the more common, but trademarked term.

The next major innovation was by James W. Gibb, a British enthusiast of table tennis, who discovered novelty celluloid balls on a trip to the US in 1901 and found them to be ideal for the game. This was followed by E.C. Goode who, in 1901, invented the modern version of the racket by fixing a sheet of pimpled, or stippled, rubber to the wooden blade. Table tennis was growing in popularity by 1901 to the extent that tournaments were being organized, books being written on the subject,[7] and an unofficial world championship was held in 1902. In those early days, the scoring system was the same as in lawn tennis. 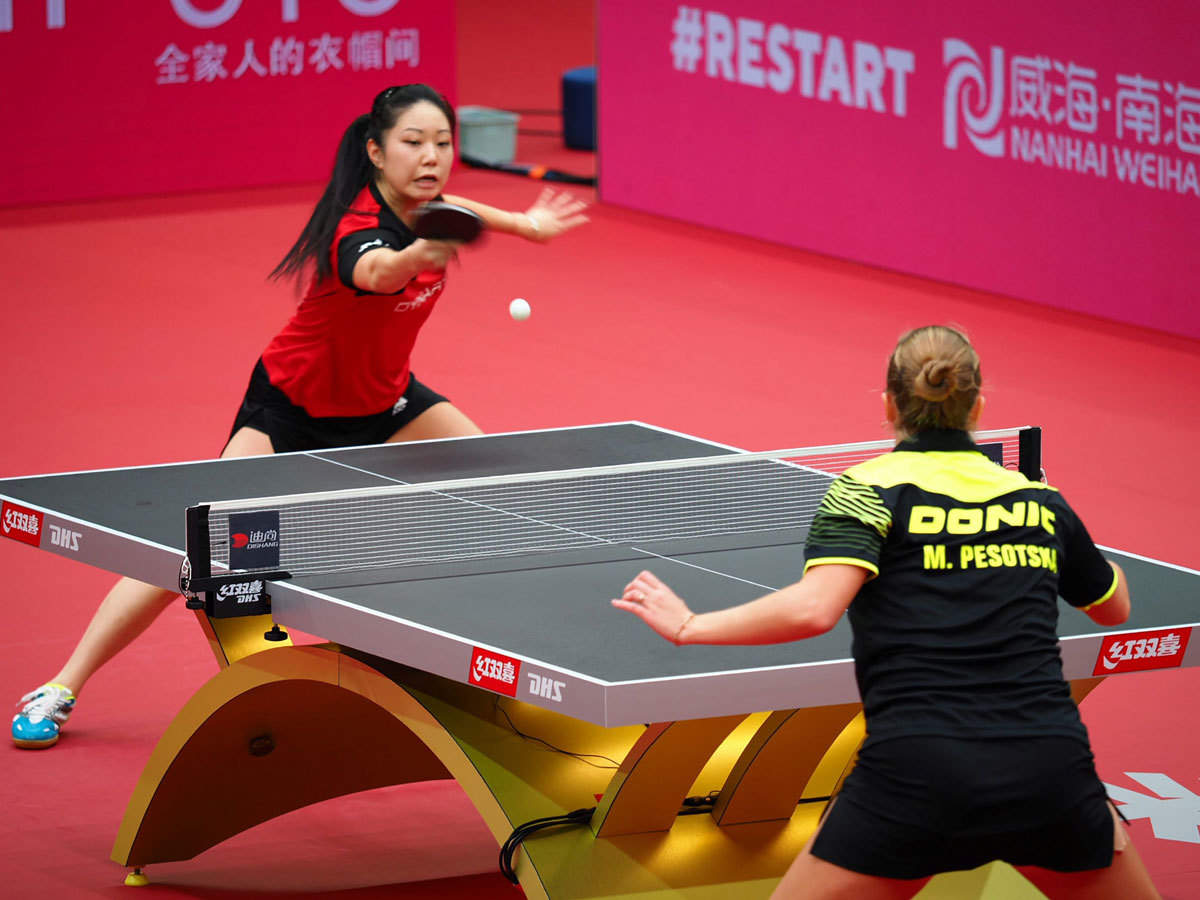 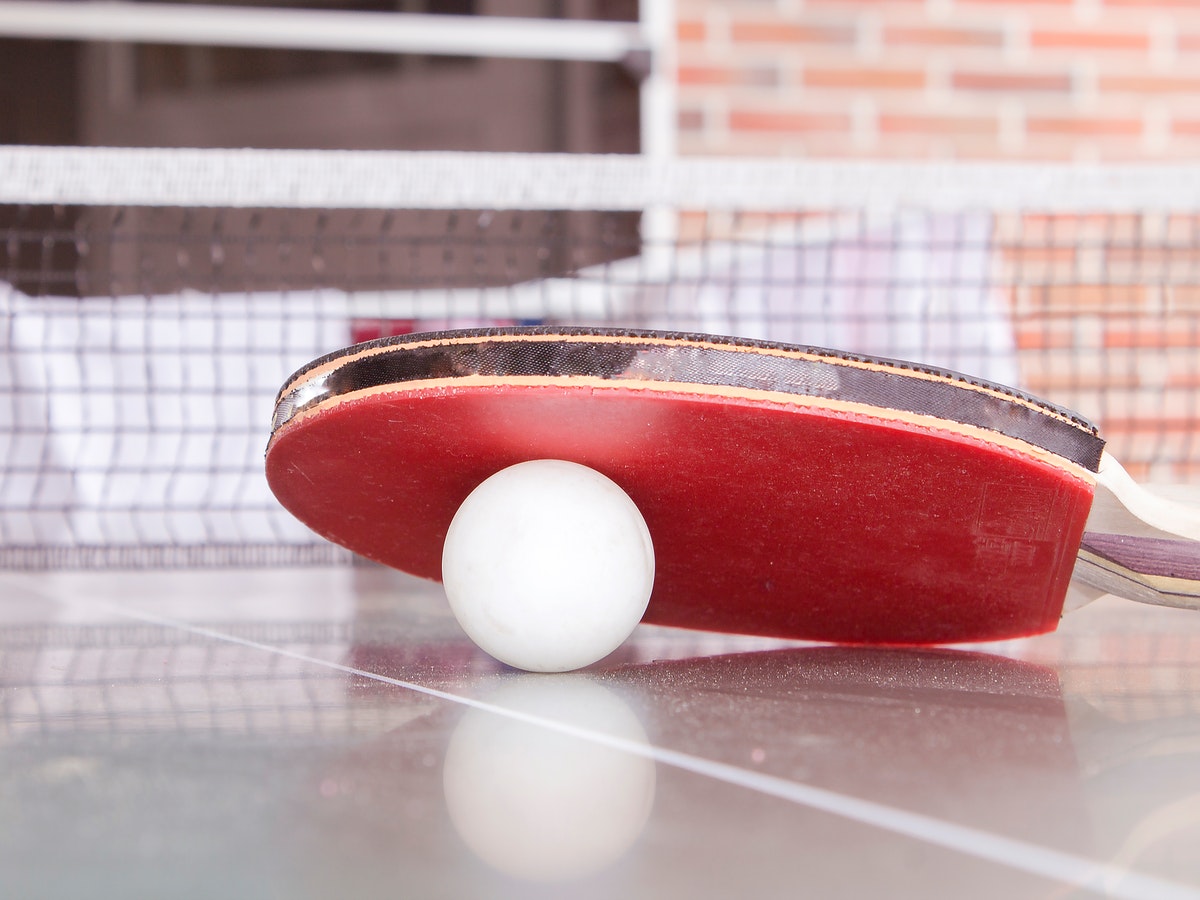 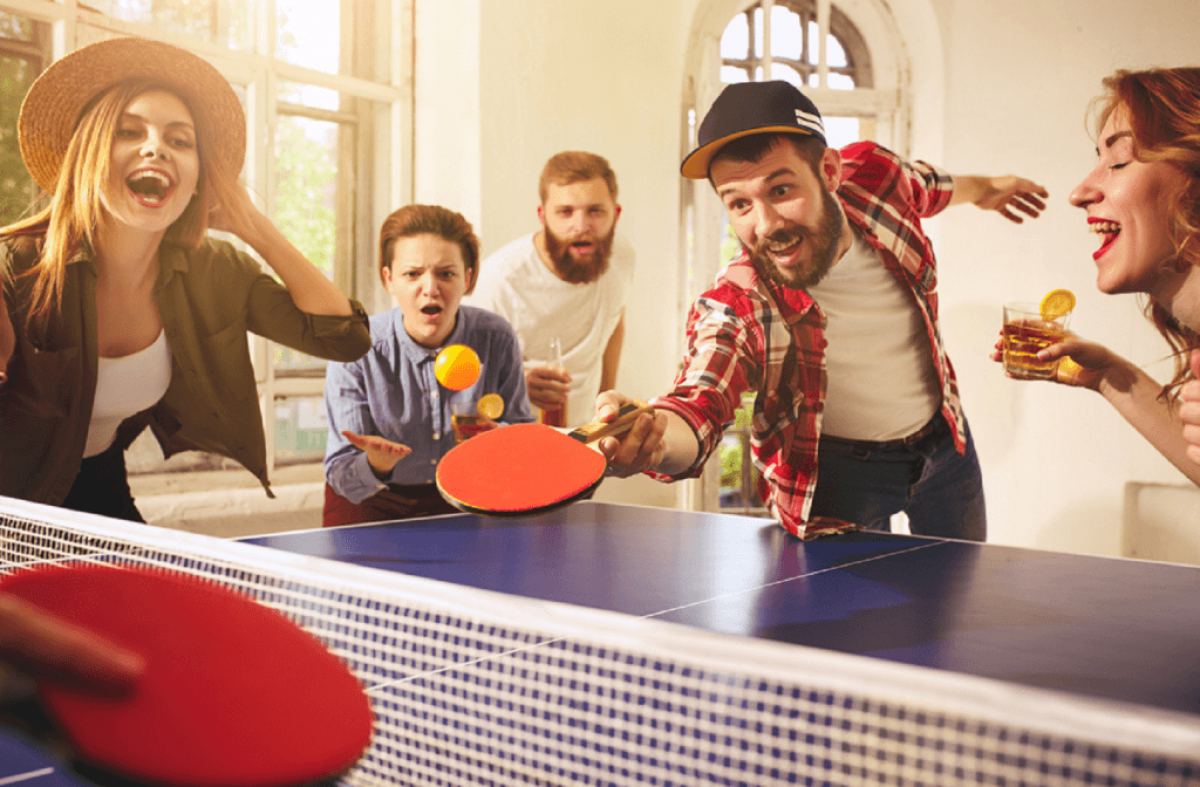