Australia’s first venue to offer this traditional table top game of Indian origin in a contemporary setting for all ages. 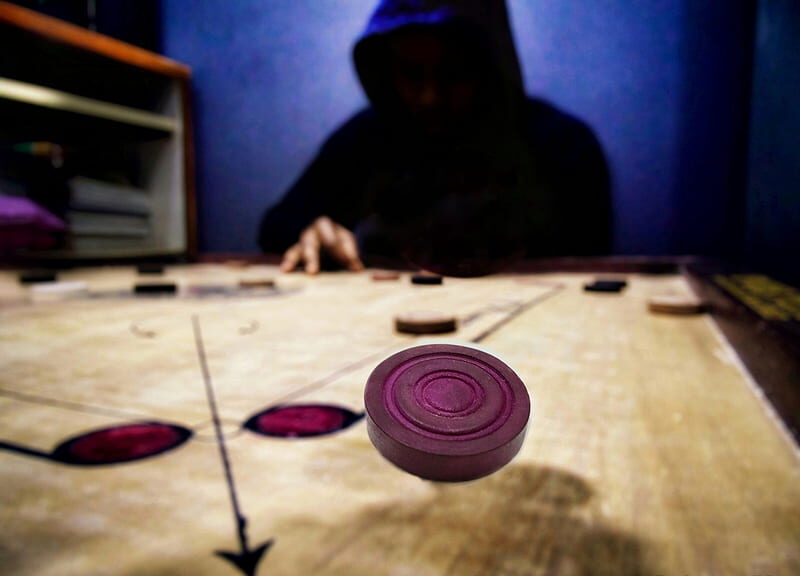 Carrom is a tabletop game played with fingers on a square board with a pocket in each corner, using small disks of wood known as carrom men, that are designed to slide when struck by a Striker.

The most common forms of the game are “singles” (two players sitting opposite each other) and “doubles” (four players, one on each side, with players sitting opposite being a team). A carrom set contains 19 pieces (striker not included) in three distinct colours: one for each player or team, and another for the queen. The usual colours are white (or unstained) and black for the players and red for the queen. Carrom follows similar “strike and pocket” games like pool, with its use of rebounds, angles, and obstruction of opponent’s carrom pieces. Points are scored by pocketing the carrom men and the queen, each of which is identified by a predefined point.

The game of carrom originated in India. It became very popular among the masses after World War I. The game gained popularity in South Asia, the United Kingdom and the Commonwealth during the early 20th century. 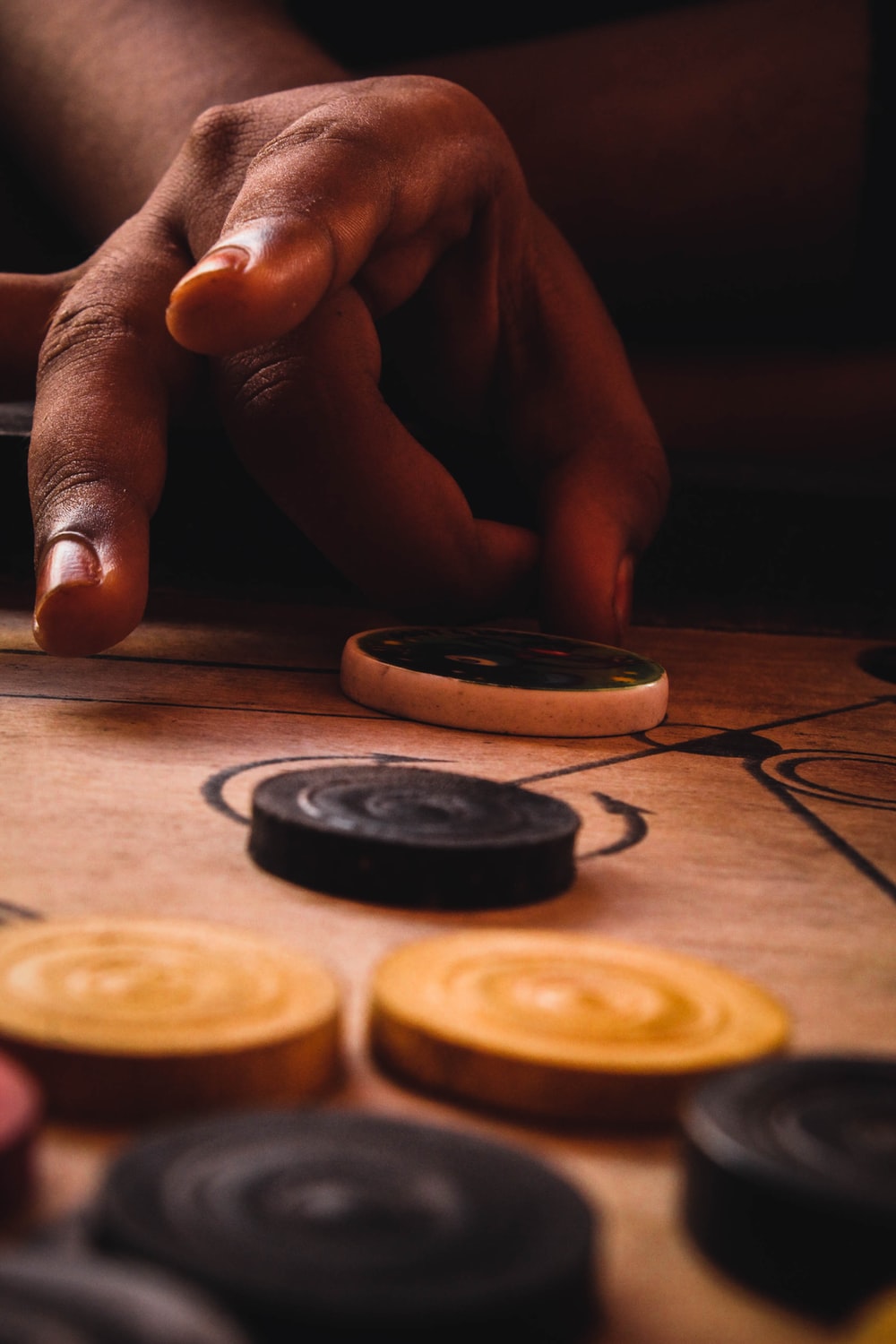 Professional – mostly played in the UK, Sri Lanka, and India
Professional carrom is a variant where each team or player is assigned a colour and can only pocket that colour of carrom men.

Point – popular with children or an odd number of players
Point carrom is a variant where each player is allowed to pocket carrom men of any colour.

Family-point carrom is an informal variant suitable for an odd number of players where each player is allowed to pocket carrom men of any colour.

Total-point – widely accepted in many areas of Bangladesh, India and Pakistan

Total-point carrom is a variant where one team or player has all the carrom men and he queen.